Origin of the word

There has been some arguments about the origin of the word caricature. It has been argued by some linguists that the word originated from ‘caricare’, an Italian word which means ‘to load’ literally. Those who argue along this line claim that it implies that loading images with a whole lot of meaning is the reason artists draw caricature. There are however those who also believe that the word means ‘caricatura’, another Italian word which means drawing humans in such a way that they look like animals. The satirical innuendo, which is inherent, can make it look insulting or flattering to a person when he or she is drawn in the form of a modern caricature. Irrespective of which of the arguments you decide to go with, one thing is certain, most caricatures are humorous at every time. It is believed that caricature drawings were started in Bologna by Annibale Carracci. He believed in a theory which implied that it is possible to draw images that are antitheses of beauty, but at the end of the day, they are much more attractive and captivating than normal drawings. According to some experts, Leonardo da Vinci was also said to have drawn some of the first caricatures that were ever drawn. Leonardo da Vinci was reputable for creating masterpieces through inspiration from deformed people. Irrespective of the history, caricatures were used the most in Europe’s aristocratic clans. These clans were used to using caricatures to amuse their selves.

The modern caricature types are not only drawn from the form of human, objects that do not have life now also have caricature forms. A lot of culture in several nations of the world has had caricatures as part of their culture for centuries. It aided them in grasping spawned revolutions, social opinions expressions and creation of issues consciousness. Caricatures, even in recent times, are still flourishing and popular due to the invention of new digital technologies which has led to the creation of digital caricatures. 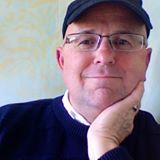 “Service I requested was unusual and The Technical Drawing Company`team got around excellent with the work. Till the last details even helping after the project was than for minor changes. HIGHLY RECOMMENDED!”

“The Technical Drawing Company understood my exact requirements well and delivered fast, in perfect quality and at a fair price. Team was able to transform our photos, notes and 2D layouts into something very close to real building”. “Team carried out my request to perfection. The level of detail that they provide was superb. Team delivered on time, they were responsive to correction requests, and the end product looks great. I was very happy with the results.”